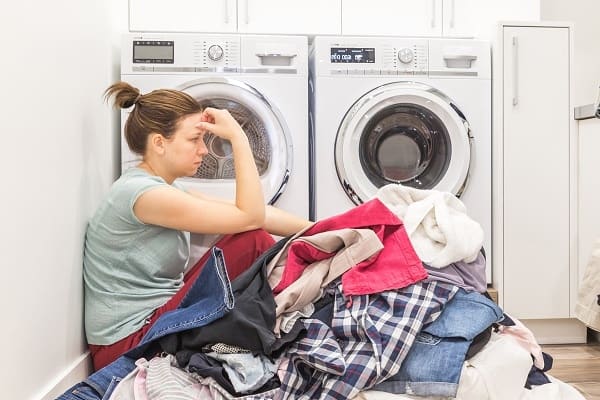 When faced with a washer that won’t start, calling for a repair seems like the fastest fix. However, there’s often a DIY solution. Why is my Samsung washer not turning on? The Child Lock function may be engaged, preventing a cycle from starting. Before scheduling a repair, check these 5 things when your Samsung front load washer won’t start.

A lack of power, incorrect washer settings, and improper door closure are all common reasons a Samsung front load washer won’t start. Here’s how to determine if a simple adjustment or professional repair is necessary.

Samsung washing machine troubleshooting should begin with a power assessment. If the washer doesn’t have sufficient electrical power, it won’t be able to start or perform any other function. If none of the buttons on the control panel are illuminated, the washer likely doesn’t have power.

Here’s how to assess your washer’s power sources:

After an interruption in power, a Samsung washer may need to be reset to resume function. To reset the washer, unplug it for 1 minute before plugging it back in and selecting a setting.

Are all of your Samsung washing machine buttons not working but the control panel is illuminated? The Child Lock feature may be accidentally engaged. This setting locks all control panel functions to prevent an accidental start. When engaged, a smiling lock icon should appear on the panel.

The correct method to disable the Child Lock feature varies depending on your model washer. Typically, the function can be turned off by holding down two specific buttons simultaneously. If the correct buttons aren’t marked on your control panel, consult your user manual. The Child Lock feature is off once the icon is no longer illuminated.

3. Door is Not Completely Shut

A Samsung front load washer won’t start unless the door is completely shut and latched as a safety precaution. Often, clothing can become trapped between the door and the latch, preventing proper closure. While this is a disadvantage of a front load vs top load washing machine, removing the trapped clothing should solve the problem.

If nothing is blocking the door latch and the door still doesn’t close properly, the door latch may have failed. This can occur due to physical damage or electronic failure. If the latch is damaged or shows a lack of continuity with multimeter testing, it requires replacement.

Before starting a wash cycle always check the control panel to make sure your intended setting is selected. Settings like “Delay Start” will delay the start of a wash cycle to a preselected later time. When enabled, the Delay Start button illuminates and shows a clock counting down to the set time. To turn off this function, press the “Power” button to turn the washer off and press it again to turn it back on. The “Delay Start” button should no longer be illuminated.

The control panel can also indicate problems by displaying an error code. Samsung washer error codes consist of numbers and letters that correspond to a particular issue. Your user manual can specify what the error code means and how to solve the problem.

If your Samsung front load washer won’t start after attempting these DIY fixes, it’s possible that a broken part is responsible.

The following failed parts can prevent your washer from starting and require a professional washing machine repair:

The experts at Sharper Service Solutions can help when your Samsung front load washer won’t start. Call us for all your laundry appliance needs!

Sign up for our Newsletter to get our best recommendations on products, maintenance, and cleaning.

You’ll also get $10 off your first repair! 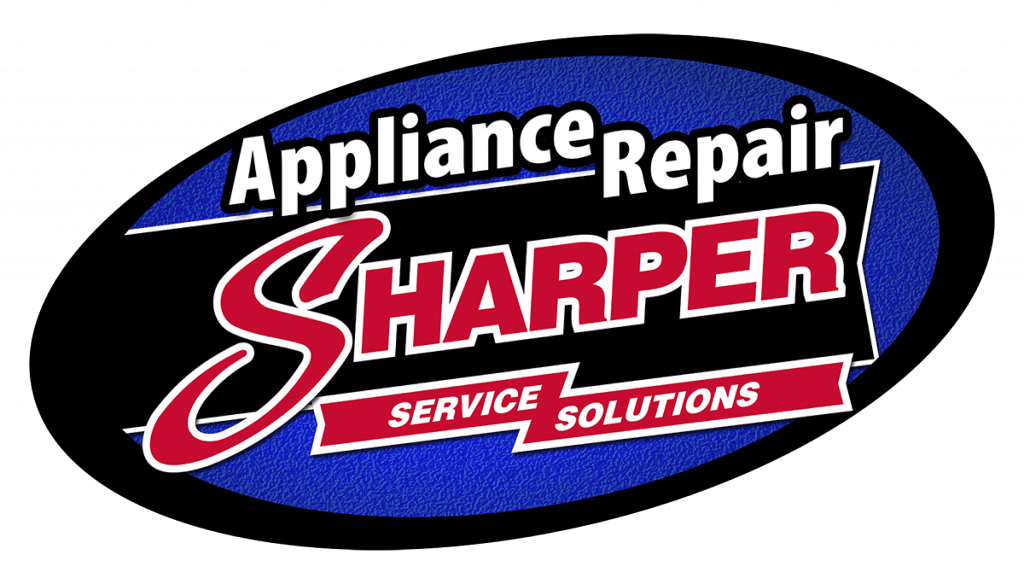